Representation of real numbers on a line. Complex numbers – basic properties, modulus, argument, cube roots of unity. Binary system of numbers. Conversion of a number in decimal system to binary system and vice-versa. 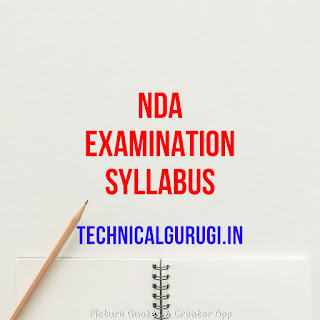 Arithmetic, Geometric and Harmonic progressions. Quadratic equations with real coefficients. Solution of linear inequations of two variables by graphs. Permutation and Combination. Binomial theorem and its application. Logarithms and their applications.

Types of matrices, operations on matrices. Determinant of a matrix, basic properties of determinants. Adjoint and inverse of a square matrix, Applications – Solution of a system of linear equations in two or three unknowns by Cramer’s rule and by Matrix Method.


Rectangular Cartesian Coordinate system. Distance formula. Equation of a line in various forms. Angle between two lines. Distance of a point from a line. Equation of a circle in standard and in general form. Standard forms of parabola, ellipse and hyperbola. Eccentricity and axis of a conic.

Vectors in two and three dimensions, magnitude and direction of a vector. Unit and null vectors, addition of vectors, scalar multiplication of vector, scalar product or dot product of two-vectors. Vector product and cross product of two vectors. Applications-work done by a force and moment of a force, and in geometrical problems.

The syllabus given below is designed to indicate the scope of these subjects included in this paper. The topics mentioned are not as exhaustive and questions on topics of similar nature not specifically mentioned in the syllabus may also be asked. Your answers are expected to show your knowledge and intelligent understanding of the subject.

Motion of objects, Velocity and Acceleration, Newton’s Laws of Motion, Force and Momentum, Parallelogram of Forces, Stability and Equilibrium of bodies, Gravitation, elementary ideas of work, Power and Energy.

Effects of Heat, Measurement of temperature and heat, change of State and Latent Heat, Modes of transference of Heat. Sound waves and their properties, Simple musical instruments.

Natural and Artificial Magnets, Properties of a Magnet, Earth as a Magnet.

General Principles in the working of the following:

Preparation and Properties of Hydrogen, Oxygen, Nitrogen and Carbondioxide, Oxidation and Reduction.

Elementary ideas about the Structure of Atom, Atomic, Equivalent and Molecular Weights, Valency.

Difference between the living and non-living.

Growth and Reproduction in Plants and Animals.

Elementary knowledge of human Body and its important organs.

Common Epidemics, their causes and prevention.

A broad survey of Indian History, with emphasis on Culture and Civilisation.

The Earth, its shape and size. Lattitudes and Longitudes, Concept of time. International Date Line. Movements of Earth and their effects.

Origin of Earth. Rocks and their classification; Weathering – Mechanical and Chemical, Earthquakes and volcanoes.

Atmosphere and its composition; Temperature and Atmospheric Pressure, Planetary Winds, cyclones and Anti-cyclones; Humidity; Condensation and Precipitation; Types of Climate. Major Natural regions of the World.

Important Sea ports and main sea, land and air routes of India. Main items of Imports and Exports of India.

Knowledge of Important events that have happened in India in the recent years.

Prominent personalities – both Indian and International including those connected with cultural activities and sports.

In addition to the interview, the candidates will be put to Intelligence Tests both verbal and non-verbal, designed to assess their basic intelligence. They will also be put to Group Tests such as group discussions, group planning, outdoor group tasks, and asked to give brief lectures on specified subjects.

All these tests are intended to judge the mental calibre of a candidate. In broad terms, this is really an assessment of not only his intellectual qualities but also his social traits and interests in current affairs